This year's homecoming won't be the first time JoAnn Hinds and Gay Ebers-Franckowiak make an impact on Central Michigan University.

The two alumni, selected as homecoming grand marshals, have each supported significant CMU projects and facilities for years.

"Both are highly deserving of the grand marshal honor."

CMU selects grand marshals to recognize service and support to the university and community. The grand marshals are honorary leaders of homecoming, presiding over the parade, participating in halftime ceremonies and serving as ambassadors throughout the weekend. 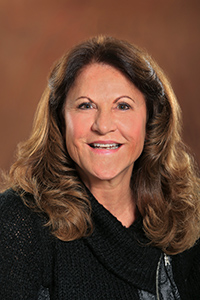 Ebers-Franckowiak retired in 2008 as a managing director at Morgan Stanley, one of America's largest multinational banks. She was one of the highest-ranking women in the brokerage and served as its first female managing director.

Ebers-Franckowiak earned a bachelor's degree in social science and an elementary teaching certificate from CMU in 1975. CMU awarded her an honorary degree in commercial science in 2017. Hinds is president, CEO and owner of Diamond Die and Mold in Clinton Township, Michigan. She purchased the business from her father. Before that, she taught middle school science.

She is a leading supporter of CMU's Biological Station on Beaver Island. In 2007, CMU recognized her involvement by offering to place her name on the biological station's academic center. She deflected the honor, instead asking that it be named after CMU professor emeritus Jim Gillingham, former director of the station. 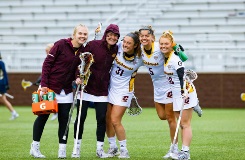