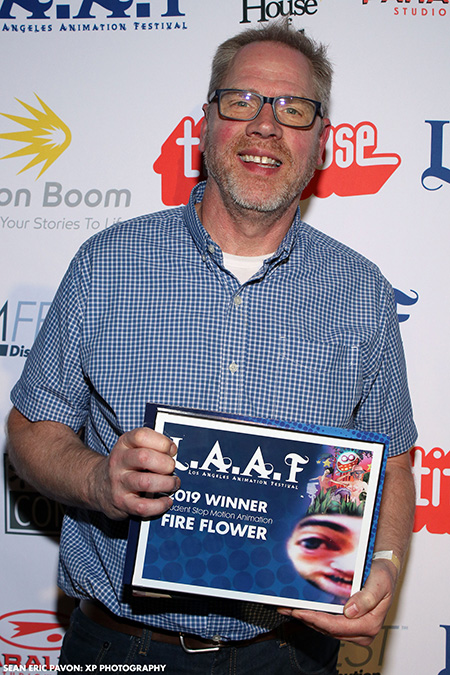 The initial one-minute story reel for “Fire Flower” was created in 2013 by Kayla Mitchell in Leeper’s storyboard class.

“The experiment was to see what would happen if we gave the same kind of resources to a student production as I would making a short film through a small stop-motion studio,” Leeper said.

Serving as the director, producer and much more for this project, Leeper said he is proud to share the film and make connections for future student productions.

“We met with some of my former students and made new contacts in the animation industry that will certainly benefit our CMU animation graduates,” Leeper said.