Historic milestone for a learning lab

The Museum of Cultural and Natural History at Central Michigan University is special. Sure, most museums probably regard themselves that way. But in this case, it's true.

The museum supports research and teaching in cultural and natural history and is a lab for students enrolled in CMU's museum studies minor and public history major.

It's different from virtually every other university museum in the country because it's hands-on and student-centered.

And this spring, it celebrates its 50th anniversary.

"From the beginning, our program was the opposite — it was heavily focused on applied, hands-on student experiences."

The result — for its entire 50-year history — is that students have been central to the museum's operations.

"What we have is a museum that's not composed of exhibits and programs primarily designed and implemented by museum professionals," Martin said. "These are actual products of our students."

As the students prepare for jobs at museums, historic sites, aquariums, zoos, archives and more, they're creating the exhibits and installations that tell the story of CMU and its surroundings.

Part of that work includes curating items that showcase the student experience across the history of the university.

"We've combined gifts of artifacts and specimens to our collection with an oral history," Martin said. "We launched CMU's first organized oral history project to capture stories of faculty, staff, alumni and community members to share the rich diversity of those stories."

One of Martin's favorite encounters to emerge from that work is from Walter Beach, '60.

"As a kid, I had Coke bottlecaps with NFL players on them, and I had a Walter Beach. I kept it for years. When I came to CMU for work years later, I realized he was a CMU football player," Martin said. "I still had the bottlecap, and I asked him if he had one.

Martin shared his with the former player for the Patriots and the Browns. "Many of our alumni are disconnected from CMU simply because we don't always know their stories," Martin said. "Sometimes, that comes through donating an object, but it's extremely valuable for us to connect with them to personally hear and record their stories for future generations.

"How great is it to know, years later, what all these people who've gone through CMU have accomplished?"

A Natural History of Michigan

The museum's main exhibit takes you on a tour of some of the highlights of Michigan's past. Fifty display cases present snapshots of our natural wonders and human experiences.

See how glaciers shaped our lakes and terrain. Examine the bones of a 10,000-year-old mastodon unearthed near Troy. Explore the evolutionary process. Observe the results of early European contact with Native American groups through the exchange of pelts for manufactured goods.

Explore logging camps around 1900. Get up close and personal with the wildlife and geology that make Michigan so special.

When the Bohannon School was built in 1901, its first occupants could not have known that their school would still be fulfilling its intended role in education more than 100 years later. With its inkwells, McGuffey Readers and woodburning stove resting in the corner, the school is reminiscent of a long-ago era when the Golden Rule and the three R's were the mainstays of education.

Originally located in Jasper Township, near Midland, the school was brought to the CMU campus in 1970. The Museum of Cultural and Natural History staff and many dedicated friends worked to restore the building to its original state. Donated artifacts helped to make it complete.

It now stands as a monument to rural education on the southwest corner of West Campus Drive and Preston Street. 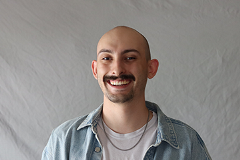 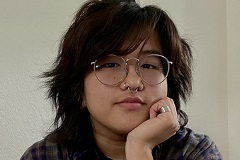 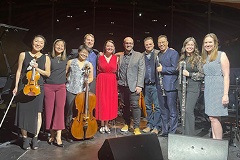 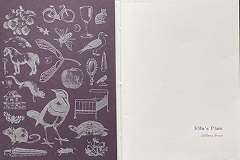