Jeffrey Andrew Weinstock, Ph.D., professor of English and associate editor of the Los Angeles Review of Books, published a book on paranormal myths and media titled, “Monstrous Things: Essays on Ghosts, Vampires, and Things That Go Bump in the Night”. Weinstock investigates these myths and their representations in literature, film, television and pop culture.

The ghost section explores ghosts represented in pop culture and their relationship to justice and mourning. The section pays special attention to novelists Toni Morrison and Herman Melville. Morrison is most well-known for her novels: “The Bluest Eye”, “Song of Solomon” and “Beloved”. Melville famously authored “Moby Dick”.

The vampire section dives into the relationship between vampires and anti-Semitism, suicide and cinema. Weinstock also explores American vampires, Dracula and vampire suicide in this section.

The third section examines more recent topics such as “global pandemics, terrorism, mass shootings, stranger danger and social otherness.” This section focuses on pop culture media such as the films “IT” and “It Follows”.

Weinstock has published 28 books and more than 100 essays on horror, fantasy, science fiction and American literature. More information on Weinstock and his books can be found on his website. 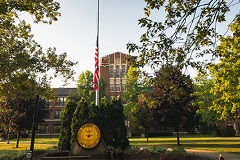 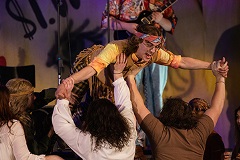