​Two Central Michigan University faculty members are collaborating on research that could lead to preventing breast cancer from recurring once it has gone into remission. 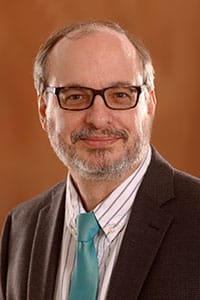 Stave Kohtz was doing research on that issue in the College of Medicine when he learned about biologist Xantha Karp's work with tiny worms called C. elegans in her lab in the College of Science and Engineering.

Her research includes the dormant state, called dauer, the worms enter when exposed to stress. They come out of it when the stressor is gone. She has been studying the genes that control the fate of the worms' cells during dormancy.

Kohtz wondered if breast cancer cells go through a similar process after undergoing the stress of chemotherapy, and if so, is there a connection.

It turns out the connection may be a protein called UNK.

"It's almost like an internal alarm clock that is set at some point early on, such as when the tumor is treated, and that determines the length of remission," he said.

One function of UNK in normal cells, and presumably in cancer cells, is to keep certain other genes turned off. The details of this process are still being studied, Karp said.

The research teams are working together to identify the genes that UNK turns off in dormant cancer cells and that come back on when the cancers recur.

Once those "targets" are found, drugs can be formulated to turn them off and prevent cancer's recurrence.

Their work is being funded with a one-year $171,000 grant from the Elsa U. Pardee Foundation in Midland, Michigan.

"I think our chances are very high that we will find something that will move us closer to our goal," Karp said.

"Best-case scenario is we find a very clear drug target that affects the breast cancer cells."