Fears of a potential conflict between Russia and Ukraine continue to rise. With as many as 8,500 U.S. troops now on “heightened alert” for possible deployment, what would a ground invasion by Russia mean for Ukraine, its surrounding nations, the U.S. and the world?

David Jesuit, chairperson for the Central Michigan University Department of Political Science and Public Administration, specializes in the European Union and international relations. He shared his thoughts on some of the most-asked questions surrounding the Russia-Ukraine crisis.

Q: Why should Americans pay close attention to what’s happening between Russia and Ukraine?

A: This is big geopolitics and we should care because the stakes are so high. The U.S. must respond to defend NATO allies — it’s not even a question, because if the U.S. doesn't uphold its pledge to protect its NATO allies, then all of their other commitments around the world are meaningless.

A: I think there probably will be some kind of conflict in Ukraine. I don’t believe the U.S. military will go into Ukraine, but if the conflict spills over into Estonia or a NATO country, it’s war. And it's war with a country that has thermonuclear weapons and the capabilities to take out communication systems and satellites. If that were to happen, things could escalate very quickly.

Q: If the U.S. gets involved in a war with Russia, what are some of the most likely scenarios?

A: If it goes beyond the borders of Ukraine, then we’re talking about tens of thousands of casualties. And if things get out of control, somebody might decide that it's okay to use a tactical nuclear weapon. I hate to think about those scenarios, but at the end extreme, you're looking at the kind of conflict that would be tens of millions, perhaps hundreds of millions of people who die. The capabilities exist for that. I think that’s very unlikely, but it shows you just how high the stakes could be.

It's much more likely that what we'll see would be total disruption of the Internet, banking, public utilities. The Cyber War is what we've already seen some evidence of on small-scale incidents, but this would potentially be full-scale cyber war. We’re worried about supply chain issues now — imagine the Internet is shut down for a while and there’s sabotage of banking and finance. Those are the things I think are much more likely.

Q: Is there a chance to avoid conflict altogether?

A: There’s still a desire to avoid military engagement but, to use an analogy, it’s like they’re playing cards right now: there’s guessing and human psyche. We don’t know how far (Russian President) Putin is willing to go. He may have already decided that he's willing to live with whatever consequences just to keep Ukraine out of NATO. And then it becomes just managing the escalation of that conflict so that it doesn't spill over beyond Ukraine.

David Jesuit joined the CMU Department of Political Science in Fall 2003 as an Assistant Professor. He received his Ph.D. from Loyola University, Chicago.

Media outlets who would like to request an interview with CMU faculty expert David Jesuit can contact Aaron Mills, director of communications, at mills1ac@cmich.edu or 989-774-1197. 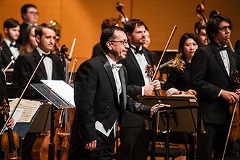 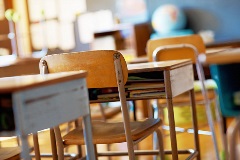 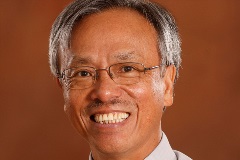 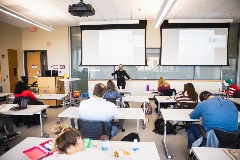