Interactive piece will focus on Tribal Nations in Michigan and beyond

A new mural coming to Central Michigan University’s Bovee University Center will explore the past, present and future of Native American and Indigenous people around Michigan and throughout North America.
A committee of CMU faculty, staff and students, along with a representative from the Saginaw Chippewa Indian Tribe, began meeting last academic year to discuss concepts and goals for the new mural project, said Colleen Green, director of the Office of Native American Programs and Student Transition Enrichment Program.
“We strive to educate our students and allow them to foster personal growth,” Green said. “What better way to do it than by guiding them through an interactive mural where they can learn about the Indigenous culture of the place we all reside today?”

A vision with purpose

The committee selected Anishinaabe artist Alan Compo to design the mural. Compo is a member of the Grand River Bands of Ottawa Indians, and much of his art centers on the history, culture and stories of Native American and Indigenous people.
With the new mural at CMU, Compo hopes to achieve two goals: helping Native American and Indigenous students, faculty, staff and visitors feel represented and seen, and also helping others learn more about Michigan’s first residents, who may be their neighbors and community partners.
“Many people don’t realize that they are living next to such rich a culture, one that has always been there and always will be there,” he said.
Compo said the shared vision of the mural committee was to portray the culture and history of the Anishinaabe people and also highlight the hundreds of other Tribal Nations throughout North America. The mural will incorporate images representing traditional stories and history as well as current events and issues.
“We are telling stories that need to be told,” Compo said. “Our hope is that the mural will get people to start asking questions and to wonder, and to inspire them to choose to learn more.”

To inspire viewers to learn more, the mural also will feature a digital display and a QR code linking to an educational webpage.
Michelle Cassidy, faculty member in the Department of History, World Languages, and Cultures, is helping develop the content for the displays and contributing to the mural webpage.
“The mural will open an educational space,” Cassidy said. “We hope it gets people interested in learning more, and we will provide information and links to help them take that next step.”
The information on the display screens will include information about the history of the treaties between the US and Indigenous nations, including the resulting land cessions and reserved land use rights, as well as information about federally recognized tribes in the U.S.
Cassidy said the digital components also will help to explain how that history is relevant now, and how it continues to impact Indigenous people today.

The mural will be installed on the second floor of the Bovee University Center, near the main entrance to the Rotunda. The mural committee expects the project to be complete sometime in late August.

The new mural will be located near the Rotunda in the Bovee University Center.

The university is planning an unveiling ceremony, open to CMU community members and members of the Saginaw Chippewa Indian Tribe, in early September. More information will be shared in the weeks ahead. 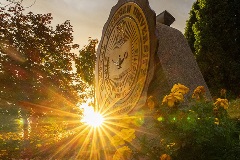 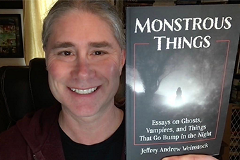