A big win for CMU esports

The independent Esports Collegiate Conference will provide structure, scheduling and championship opportunities for its members, according to a news release. Competition will begin in the 2020-21 academic year, with both a fall and spring season.

"This is the first step in what we see as a bright future for esports at CMU," said Damon Brown, CMU's director of Student Activities and Involvement. Brown is also managing director of CMU's competitive gaming program. "Our CMU e sports program will allow students to connect and engage with each other outside of the classroom in a safe, healthy and inclusive environment."

Building on a solid foundation

The conference is new, but gaming already has a strong foothold at CMU.

For years now, Brown said, students have gathered by the dozens on campus for gaming. They have organized competitive tournaments with players from other colleges and have sent several teams to national competitions.

In 2019, CMU selected Katherine Ranzenberger to serve as esports head coach and advisor and announced plans for a dedicated esports location. The temporary facility is located in the Student Activity Center, at the site of the former Trackside snack bar.

In the new conference, spring season competition will be in Overwatch and League of Legends. Titles being considered for the fall are Rocket League, Fortnite, Super Smash Bros. Ultimate, Madden NFL or FIFA.

An Esports Collegiate champion will be crowned in each game title, earning an automatic bid to the game's national postseason tournament.

Video gaming has the single fastest-growing fandom among professional sports. More than 250 million people watch esports tournaments each year. Esports analyst Newzoo projects the value of the esports market to reach $1.8 billion by 2022.

More than 1,200 high schools around the country participate in the High School Esports League.

"The growing popularity of gaming means future students are considering the availability of esports when they choose a college or university," said Stan Shingles, assistant vice president for University Recreation and student engagement, in December when the new facility was announced.

"There is nothing like competing against other universities in esports," said Alexis Limban, CMU's student program coordinator for competitive gaming. "It makes you feel like a real athlete — sitting in a jersey next to your teammates in front of an audience, showing off your thousands of hours' worth of practice.

Limban, a junior from Grand Blanc, Michigan, studying computer science, has been involved in esports since early high school. She now plays on a team with the CMU eSports Club, a registered student organization.

"It is just like any other team," Limban said. "We practice, strategize, fail, win and bond with each other to accomplish our end goal: being the best esports team we can be." 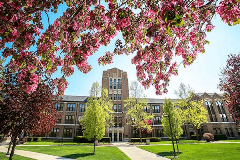 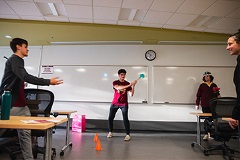 6th Annual Battle of the RSOs Raises $1500 for Local Organization 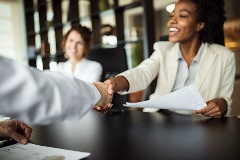 Fit for Hire, Ready for Work 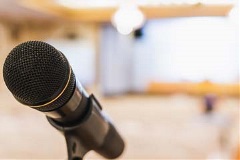 A convincing victory for CMU

A century of student leadership at CMU