Students take medicine to the streets

On a cold October afternoon, fourth-year College of Medicine student Samuel Jackson leaned closer to the grizzled 59-year-old man in a blue T-shirt sitting before him.

"I see your blood pressure is a bit high," Jackson said, then lifted the man's hand. "Feeling any numbness in your hands or feet?" he asked, having learned of the man's high glucose numbers and family history of diabetes.

This could've occurred at any doctor's office, but it was in a parking lot. On a bus. In Mount Pleasant.

This is street medicine, CMU style, and Jackson leads the charge. He is backed by a dedicated interdisciplinary squad of students who are directed by Bethany Brown, a doctor of nursing practice, certified nurse midwife and assistant director of Central Michigan University's new nursing program.

Moved to make a difference

Jackson, from Harbor Springs, Michigan, found his medical path in February while on clinical rotation at the Central Michigan University College of Medicine branch in Saginaw, Michigan.

It came in the form of a pregnant young woman, arriving amid a snowstorm for her initial prenatal appointment with injuries from a recent beating and carrying the remnants of her life in two garbage bags.

Despite her pain and trauma, she had driven from the Saginaw emergency room to the clinic where he was working to begin caring for her unborn child. Her determination moved him.

"I knew then that I wanted to continue to work with people in need," he said.

He signed up for a monthlong elective to learn about Operation Safety Net, a street medicine program in Pittsburgh, Pennsylvania, that provides medical and housing services to homeless people living in camps under bridges and in alleyways.

"I left asking myself 'How can I apply these lessons to serve the homeless population in the region of Michigan where I grew up?' So I started the student group CMU Street Medicine."

The team has so far held two street medicine events in the county at the Isabella County Restoration House and William and Janet Strickler Nonprofit Center and plans to continue to do one a month through the year and beyond. 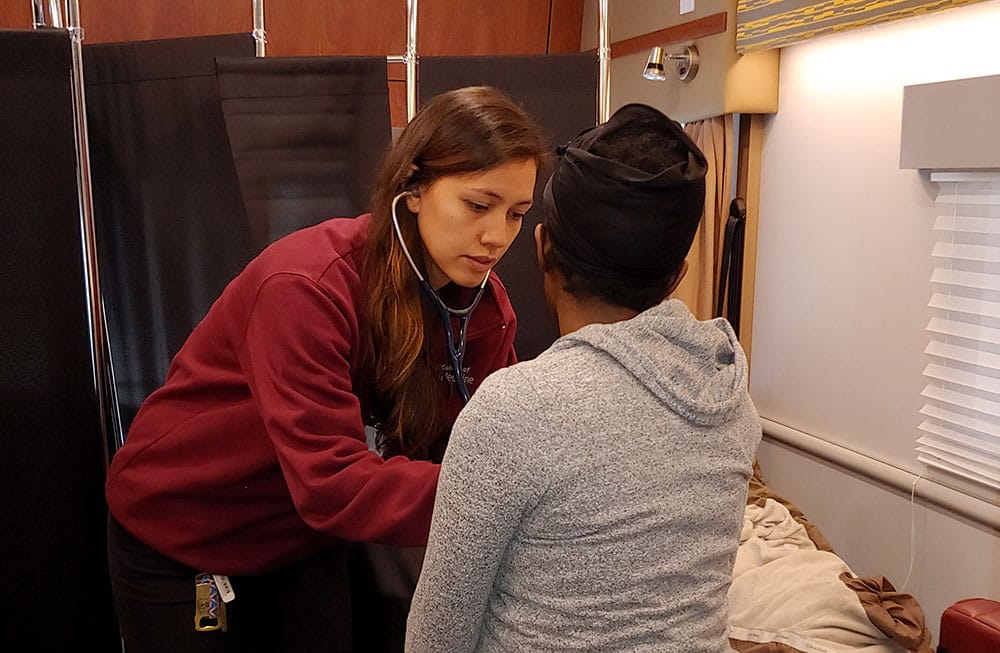 The local need is great

Last year, the Isabella County Restoration House took in 206 people — including 61 children and 21 families — at its winter shelter. That's up by more than 50 from the previous year, said Ryan Griffus, executive director. It averaged 27 guests per night, and the typical length of stay was 30 days.

That's a goal Bethany Brown wants to help the initiative achieve, and she has the street cred to back it up.

Growing up in an underinsured family in Muskegon Heights, Michigan, "I had a good reality of how much health care was," Brown said.

After putting herself through college with jobs and loans, Brown started a midwifery clinic in Muskegon Heights, where she served women with and without insurance. She also worked with the Amish in mid-Michigan, doing home care in return for goods and services.

"My heart grew bigger and bigger for the populations of need and how much nursing and medicine can really do with volunteers." 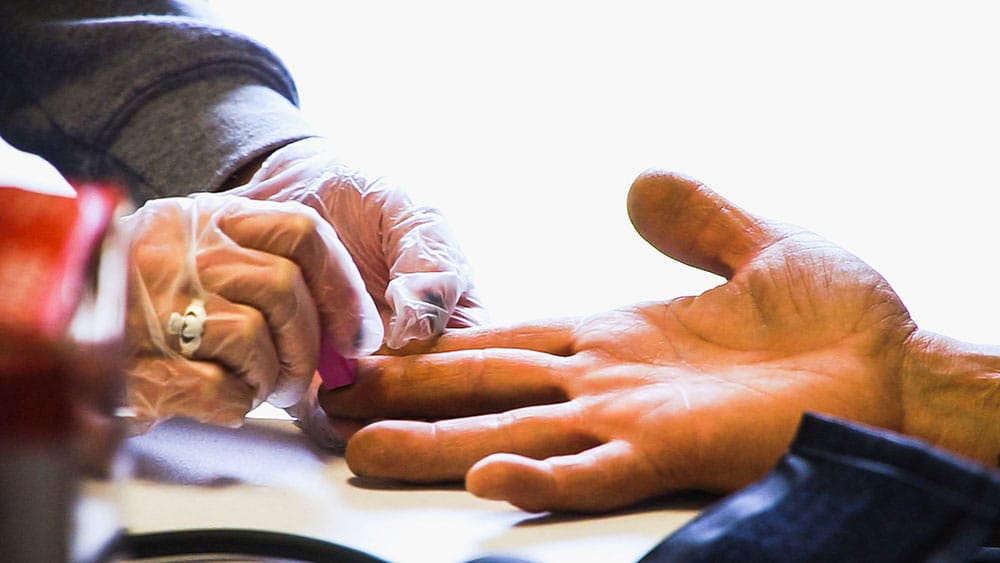 After being hired by CMU, she began discussions about using the Herbert H. and Grace A. Dow College of Health Professions' Mobile Health Central vehicle to minister to uninsured women in the region. One of those discussions led her to Jackson and a conversation about his street medicine vision. He needed a faculty member and medical provider who could sign off on their medical exams and related work.

"Well, let's get going," she told him. "Let's just put a clinic together and see what happens."

The evidence of what has happened was on display that October afternoon at the Restoration House.

College of Medicine student Christal Clemens from Minneapolis, Minnesota, was taking a young man's blood pressure and making small talk, putting him at ease. She smiled and directed him to a helper and moved to another visitor who needed an immunization. She's a natural.

It comes from experience and a big heart made larger as she worked with uninsured and homeless populations in Minneapolis and in Indonesia.

"Health disparities absolutely frustrate me, so street medicine is right up my alley. This is how I can help make a difference."

Third-year medical student and clinic helper Yasmeen Mann is from the same mold.

She ran into Jackson in Lansing at a street medicine presentation by Operation Safety Net. He told her he was interested in starting a Street Medicine interest group at CMU, and she was eager to help.

She experienced the results of homelessness during her clinical rotations, where she saw many seeking care for acute problems in emergency rooms.

"It's a constant reminder that as a society we have a responsibility to provide healthcare to those who lack the means to access it."

Now she wants to see street medicine groups throughout Michigan networking with one another so they would be able to track and assist homeless and underserved people as they move from area to area.

Looking down the street

That big-picture vision is what drives the team.

Near the top of its list of goals is to expand its reach into Saginaw and the homeless camps throughout the area.

It won't be easy, as those residents are leery of outsiders and can feel threatened at times.

But Brown has become friends with a former homeless woman who agreed to help the teams get into the camps.

"As we get permission to go into those camps, we'll just throw on backpacks and head out," Brown said, adding that she hopes to begin that effort soon after the new year. She and Jackson have taken part in similar teams in other cities.

The team's other goals include increasing the number of area physician volunteers and expanding the student pool to include physician assistants and those focusing on mental health and other related concentrations.

"This is a learning opportunity for the next generation of medical providers." — Bethany Brown, assistant director of CMU's new nursing program.

The most difficult goal to achieve is consistent funding, she said, especially for mobility and supplies, such as glucose tests, bandages, common medications, creams and equipment such as blood pressure cuffs.

To pay for it all, she has started a GoFundMe page, a Facebook page, and is seeking funding from some CMU colleges and through state and national grants.

"My hope is that it grows into a street medicine team that is sustainable, that will remain student run but be an actual health care clinic that is part of CMU," she said. "This is a learning opportunity for the next generation of medical providers."