Researching Your Own Home

Looking at the House 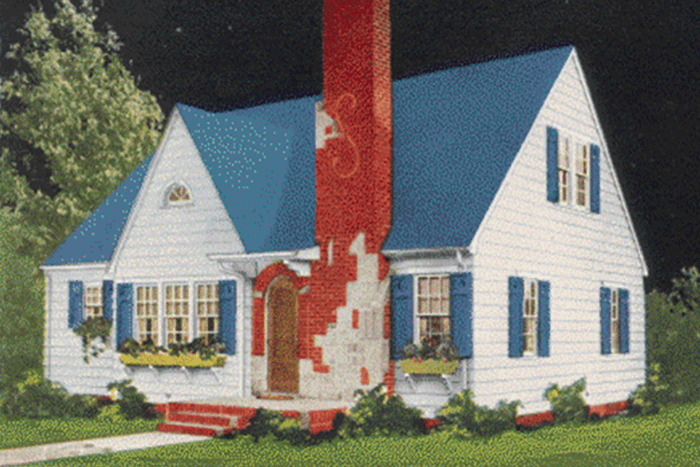 Particular kinds of houses were built in particular eras using particular construction techniques. Try identifying the architectural style of your house by consulting guides such as, A Field Guide to American Houses by Virginia & Lee Mc Alester (Knopf, 1984) or Identifying American Architecture by John J.G. Blumenson (American Association for State and Local History).

Talking to the Neighbors

People who live in the community may know a good deal about the house in which you live. They may even lead you to a person who once lived in the house prior to your occupying it. Obviously the more you can learn through conversation the easier it will be to determine information about your house. You should, however, approach what you "learn" this way with a gentle skepticism. Memories fade and the absolutely charming story you hear describing a holiday gathering in the 1960s may turn out to be about the family that lived across the street rather than the people who lived in your house.

Most record searches will start with the register of deeds. This county official is charged with keeping track of who owns property. Your goal is to trace the "chain" of ownership, usually starting either with the most recent owner and working backward or with the first owner and working forward. To create a chain of ownership you will need a legal description of the property rather than the street address. A legal description might read, "block 2, lot 16, Bentley's Addition, city of Mount Pleasant." This description can commonly be found on either the papers that were signed when the house purchased or the semi-annual tax bill.

If you do not own the property or cannot find the needed documents contact the appropriate assessor's office (city or county). The assessor is responsible for determining the value of a piece of property for tax purposes. Because he or she needs to move fairly easily between legal descriptions of the property and a street address the office will often have an index that allows the staff to use a street address to find the legal description of the property.

For many "newer" houses a building permit may still exist giving the date of the house's construction and perhaps other details. Most jurisdictions require building permits be obtained whenever a new house is erected or when major renovations are undertaken to an existing structure. In addition to the permit itself, there is sometimes a file of inspector's reports and occasionally the contractor's plans.

You should contact the relevant city or county building department to inquire if previously issued permits are available. There is considerable variation among jurisdictions regarding how far back records can be found. Most jurisdictions will have permits going back twenty to thirty years, while a few may have records dating back forty to fifty years. It is very rare, however, to find building permits prior to 1950.

For "older" homes, which is certainly any home built before 1945 and often structures erected before 1960, tax records may prove a clue as to when a building was constructed. Found in the Assessor's or Treasurer's office, tax records do not directly indicate when a building was built. However, because a building will increase the property's value, a sudden increase in the tax paid usually indicates that construction has taken place. Tax rolls, however, must be used with caution. First, a date that comes from tax rolls is only approximate. Particularly if the structure was built in an isolated area, it may have taken the assessor several years to revalue the property and thus increase the taxes. Like today's taxpayers, those in the past rarely called the assessor to announce the need to re-assess the property for the purpose of paying more tax. Second, the building that stands on a piece of property today may not be the one that was constructed when the taxes first increased. An older structure may have been torn down and replaced with a newer building.

A typical fire insurance map includes the location, number of stories, and outline of each structure in the area mapped. The original maps were also color coded to indicate the building material. Because fire insurance maps were made by a "for profit" corporation, they exist only for areas were the map making company thought there was a high likelihood of sales. They were updated on irregular schedules, again based upon the likelihood that enough had changed to make possible the sale of updated maps. Thus fire insurance maps usually only exist for urban areas, although for the map's purpose "urban" included many small towns. When found, they represent "snapshots" of a community rather than a year by year construction record.

A phenomena of the nineteenth century, many, many communities were represented in "birds-eye views. These very accurate published sketches of a community gained their name from the artist's perspective, which was almost always that of a low flying bird looking down on the community. Bird's-eye views were usually created at the request of a town's business community for promotional purposes. The companies which contracted to make these views prided themselves in representing the town with great accuracy. Thus the bird's-eye view creates a usually accurate snapshot of the buildings in a community as of the date of publication. If you believe your house was built prior to the publication of a birds-eye view the print can make available a useful, if quite small, image of your home.

Also, the images must be used with some caution in that they were paid for by the home's owner and sometimes represented things "as they would be" rather than as they actually were. In particular various planned improvements sometimes appeared in the drawing that were never constructed do to unforeseen economic events. For example, a researcher once discovered a nineteenth century illustration of her barn showing a cupola. As the cupola was not longer extant, she hired a contractor restore the structure to its "original" state by building a new cupola identical to the one in the illustration. Unfortunately when the contractor began work it became clear that no framing timber had ever been placed where the illustration showed the cupola and therefore it was impossible that the barn actually had had the decorative feature. Undeterred by this physical evidence the researcher nevertheless ordered that the cupola be built, "just like in the picture."

City Directories list residents who live in dwellings within a community. Usually arranged by street address they offer information regarding names, and sometimes the vocations of those who lived in a house in year's past. Like fire insurance maps, directories were a published by "for profit" organizations largely for a commercial purpose. As with fire insurance maps they were published mainly for urban areas and revised as market demand dictated, annually in major metropolitan areas but irregularly in smaller, more rural communities.

Plat books are maps that document property ownership. They were published by commercial firms as a different and more convenient way to display ownership information than the way it was found in the Register of deeds office. A typical plat book is published by county with a map printed for each township. Each township map is further subdivided to indicate who owns property. In some instances plat books will also include dots or some other indicator of where structures existed. Urban areas are usually excluded from plat books which concentrate on the rural countryside. Plat books are a convenient tool to determine ownership of a particular piece of rural land and, if one is particularly lucky, to ascertain if a structure happened to be standing somewhere on the land as of the date the book was published.

Other Sources of Information

The most likely sources of information about your house are listed above. There are, however, a large number of other sources that may help you learn more about your house and the people who lived in it. Any volume that discusses genealogical research can give you ideas about how you might learn more about the people who, in the past, lived in your house. Typical sources would include the federal decennial census, seeking out family papers written by those who previously lived in the house found in libraries or archives, and looking for historical photographs in libraries, archives, or local historical societies that might document the house's exterior.