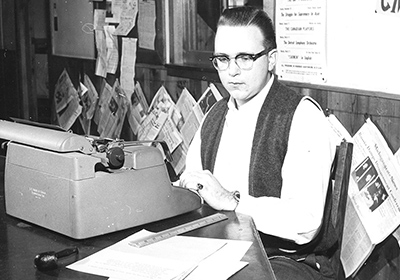 Opportunities to work for Central Michigan Life are available for students regardless of their major and can be pursued as soon as they arrive on campus. Students can interview for a variety of positions including advertising sales managers, account strategists, social media marketers, public relations staff, copywriters, editors, reporters, photojournalists, graphic designers and animators just to name a few.

Central Michigan Life is an award-winning student media company having received the Associated Collegiate Press Pacemaker Award for its print edition 14 times since 1971. The student organization has also been recognized as the College Media Company of the Year for 2014-16 and was named Michigan Press Association's 2016 "College Newspaper of the Year."