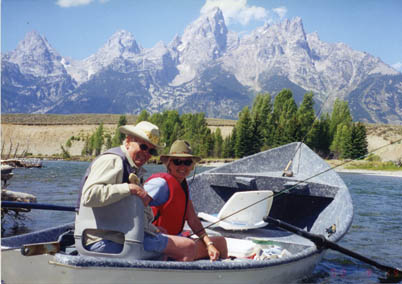 In addition to the Waltonian portion, many other important and scarce English angling books can be found in the Draper Collection. Even prior to Walton, a wonderful book of angling poetry-the first such effort-was published by John Dennys in 1613 and contains a section on "The Qualities of an Angler." The Draper Collection has several later editions (1811, 1883) of Dennys's work The Secrets of Angling. Although Izaak Walton was primarily a bait fisherman, his first edition mentioned twelve artificial fly patterns, and by the fifth Universal Angler edition, Cotton brought the total number of fly patterns listed up to sixty-five. The angling literature in England was increasingly focused on the art of fly-fishing. Following Walton, many writers wrote about angling from a more technical perspective. Richard Brookes published The Art of Angling (1740), which is essentially a well-done "how to" book that was republished in many editions during the eighteenth and nineteenth centuries. Thomas Best produced A Concise Treatise on the Art of Angling in 1787 that continued the technical-manual approach to angling. The Draper Collection has two editions (1798, 1804) of this work. In 1816 George C. Bainbridge wrote The Fly Fisher's Guide (1840 edition), one of the first English works to use color plates of flies. William Carroll published The Angler's Vade Mecum (1818), another early work that contained twelve colored plates. Thomas Salter, The Angler's Guide (1815, 1823, and 1830) was also an outstanding "complete practical treatise on angling."

Among the best of these early technical manuals was Richard Bowlker's book, The Art of Angling or the Complete Fly Fisher, which was first published in 1747 and then continued in later editions (1806, 1814) by his son. Bowlker's practical advice was unusually detailed. As quoted by Arnold Gingrich in his Fishing in Print, Bowlker noted:

Patience is ever allowed to be a great virtue, and is one of the first requisites for an angler.
In your excursion to or from fishing, should you overheat yourself with walking, avoid small liquors and water as you would poison; a glass of wine, brandy, or rum is more likely to promote cooling effects, without danger of taking cold. An angler should always be careful to keep out of sight of the fish, by standing as far from the bank as possible; but muddy water renders this caution unnecessary.

When you have hooked a fish, never suffer it to run out with the line, but keep the rod bent, and as nearly perpendicular as you can; by this methods the top plies to every pull the fish makes, and you prevent the straining of the line. Never raise a large fish out of the water by taking hold of the line, but either put a landing net under it, or your hat. You may, in fly-fishing, lay hold of the line to draw the fish to you, but this must be done with caution.

The most exceptional early book of the artificial-fly genre was that of Alfred Ronalds. His 1836 publication, The Fly-Fisher's Entomology (first edition-1836, second edition-1839, and ninth edition-1883), contains nineteen hand-colored plates showing forty-seven natural insects side by side with their forty-seven artificial counterparts. Ronalds was the first author to introduce a scientific classification of the flies he illustrated. According to Westwood and Satchell:
This book, though in some respects inaccurate, displays a rare combination of entomological and piscatorial science. The drawings of the natural fly in juxtaposition with the artificial are of great value and nicety.

William Blacker wrote The Art of Angling, and Complete System of Fly-Making and Dyeing of Colours (1842, 1855). The 1855 edition contains twenty-one plates, of which seventeen are fine hand-colored plates of incomparable beauty. Succeeding Ronalds, Blacker provided an outstanding book that had exceptional detail on fly tying and was probably the first to promote the gaudy patterns used for salmon. The "work is a strange medley of practical usefulness and rhapsodical extravagance," according to Westwood and Satchell. "The instructions for fly-making are peculiarly precise and clear." Sir Humphrey Davy was a leading scientist of the early part of the nineteenth century and president of the Royal Society. He wrote  Salmonia (1828, 1832, 1840, 1848, 1851, and 1870), which was one of the most exceptional examples of English angling literature. As described by James Robb in Notable Angling Literature, "it is distinguished by its scientific outlook, its serene philosophy and its extensive information."

George M. Kelson, The Salmon Fly: How to Dress It and How to Use It (first edition-1895) with eight chromolithographic plates is considered to be the bible of all classic salmon fly books and the book to which all should refer for details in the preparation of these large and gaudy patterns. John Jackson, The Practical Fly-Fisher; More Particularly for Grayling or Umber (1854), with ten hand-colored copper plates of flies, is also impressive. Multiple important books by Edward Fitzgibbon [Ephemera] are also found in the collection. The first two editions (1847, 1848) of his very scarce Handbook of Angling: Teaching Fly-Fishing, Trolling, Bottom-Fishing, and Salmon-Fishing; with the Natural History of River Fish, and the Best Modes of Catching Them contain detailed instructions on fly tying, and his The Book of Salmon (1850) contains eight outstanding hand-colored plates of salmon flies.

The collection also contains many other examples of important and rare books of the "how to" and "where to go" genre. The Angler's Pocket-Book (1805), and The Gentleman Angler (1726) are two early examples that follow Walton in instructing future sportsmen, and The Angler's Note-book and Naturalists Record (1880, 1888) is also an important later-nineteenth-century guide. The collection's large size prohibits listing all of the relevant volumes, but other very early works include The Angler's Almanac and Pocket-book for 1855; The Angler's Companion (1841); The Angler's Guide (1828); The Angler's Magazine (1760); The Art of Angling (reprints, 1817, 1836); William Bailey, The Angler's Instructor (1857, 1866); William Brown, The Natural History of the Salmon (1862); William Carpenter, The Angler's Assistant (1848); H. Cholmondeley-Pennell, The Angler-Naturalist (1863); H. C. Cutcliffe, The Art of Trout Fishing (1863); Francis Francis, A Book on Angling (1867, 1876); William Andrew Chatto, Scenes and Recollections of Fly Fishing (1834); and Henry Phillips, The True Enjoyment of Angling (1843). Of special note is Reverend William B. Daniel's Rural Sports (1807, 4 vols.), which contains seventy-six plates of flies and fish and an extensive amount of advice on fishing. Finally, the Clarke Historical Library contains a number of bibliographic reference books relating to English angling books.1

1 Reference works found in the Clarke Library include the afore-mentioned works by T. Westwood and T. Satchell, the many editions of Bethune's  The Complete Angler, and Daniel's Rural Sports . In addition, the Clarke has Thomas Westwood, The Chronicle of the Complete Angler  (1864, 1882), and Exhibition List of Waltonians at the Rowfant Club  (1896); Bernard Horne, The Complete Angler  (1970); and James Robb, Notable Angling Literature  (1945). Some important American bibliographical reference books are John Bartlett, Catalogue of Books on Angling  (1882); Henry Bruns, Angling Books of the Americas  (1975); Arnold Gingrich, The Fishing in Print  (1974); JohnPhillips, American Game Mammals and Birds  (1930); and Dean Sage, A Catalog of the Collection of Books on Angling Belonging to Mr. Dean Sage of Albany,  New York  (1896).