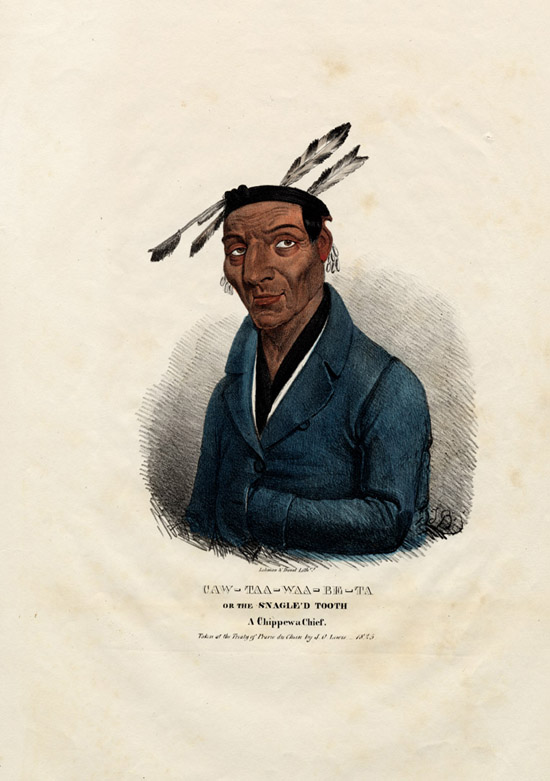 ​​​From February 23 through July 16, 2004 the exhibit galleries of the Clarke Library explored the world of Native American leaders from the Great Lakes area who signed treaties with the federal government during the 1820s.

The negotiators who represented the American Republic often held deeply stereotypical views about the Native Americans they negotiated with which echoed through much of the nineteenth and twentieth century literature about Indians.   The tribal representatives who attended these sessions, however, had long experience dealing with the "Great Father" in Washington as well as with other Europeans.   They were often accomplished diplomats who, if in the 1820s had a difficult hand to play, nevertheless played it with skill.