School of Broadcast and Cinematic Arts

From the classroom to the studio, as a Broadcast and Cinematic Arts student, you can immerse yourself in our student media starting your first day on campus.

In the classroom, you'll expand your skillsets in writing, audio and video production, and developing a critical eye and then apply them through our co-curricular activities. You'll graduate with professional and personal experience and a portfolio that will help you start a media career. Getting involved in the co-curricular activities is just as important as going to class. 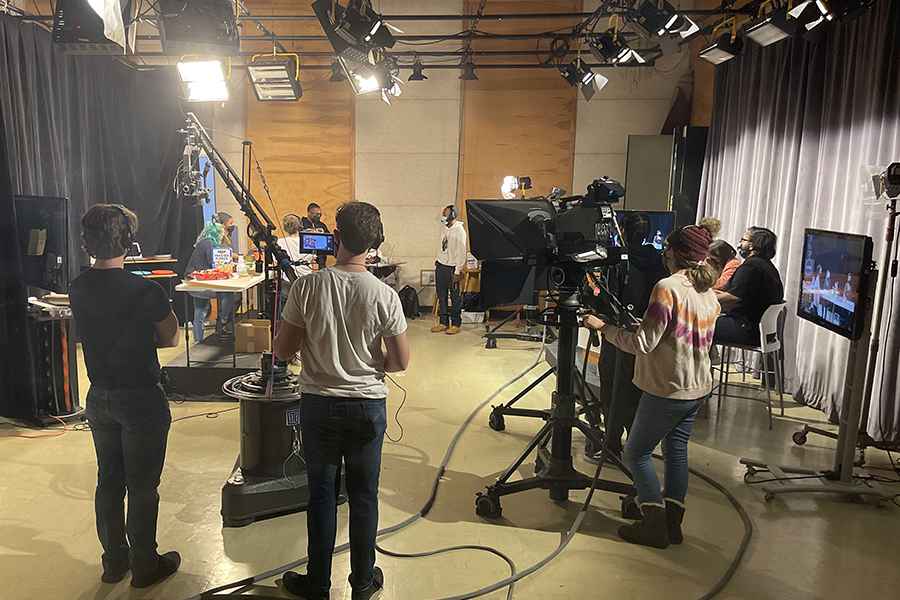 In the Broadcast and Cinematic Arts program, you'll jumpstart your career in:

In the Cinema Arts program, you'll jumpstart your career in: