The objective of this study is to validate a custom-built manipulandum device, which was developed to facilitate grasp and release in individuals with motor impairments affecting the finger and wrist complex. The device is being used to determine the most optimal angular position of the hand for facilitation (not for substitution!) of grasp and release in individuals with different severity of muscle spasticity and weakness after acquired brain injury (e.g. stroke, traumatic brain injury).

Although not as common as activities of daily living, hammering is a frequently occurring manual task that alters loads applied to the joints and tissues of the upper extremity. In some manual labor professions, hammering is the most common task performed, yet estimates of the internal loads applied to upper extremity joints resulting from the hammer are notably absent from the current scientific literature. The goal of this study is to understand how hammer usage affects the intersegmental forces and moments for the wrist, elbow, and shoulder when striking common nails. The upper extremity model has been developed in OpenSim and subject testing is imminent. 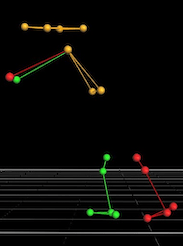 Investigate the real-time adaptions in gait made by infants while wearing a lycra garment versus the second diaper as they progress from begin walking with support to skilled, independent walkers.

Balance characteristics of "boarders" and individuals with low back pain 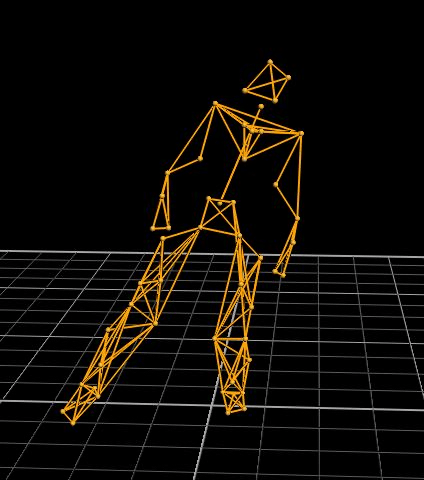 Examine and compare the adaptive balance and motor control strategies used by individuals who regularly participate in board sports and individuals with low back pain under varying sensory conditions. This study is ongoing, if interested in participating, please contact Dr. Sansom.

The effect of grip force on postural control during ambulation 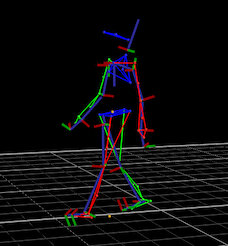 Drs. Ksenia Ustinova and Jan Perkins applied game-based virtual reality therapy to correct postural and coordination abnormalities in individuals with traumatic brain injury. The therapy consisted of a series of immersive virtual reality games and scenarios for retraining whole body coordination, including arm coordination, posture and gait. The games were delivered with the Kinect Motion sensor (Microsoft, Inc) and projected onto an 82-inch screen. Following therapy, most participants improved their static and dynamic postural stability, gait and arm movements. These effects persisted over the retention interval. The research project was sponsored by the US Department of Defense, and Blue Cross Blue Shield of Michigan Foundation.

Changes in kinematics from wearing brassiere's with varying breast support