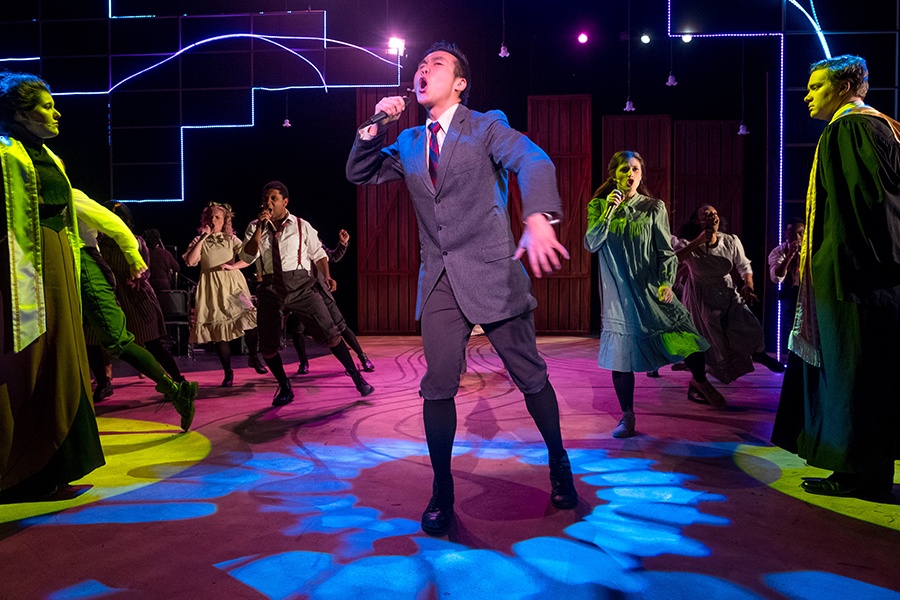 Brandon Chu knew from the moment he stepped on campus, CMU was the place for him.

What he didn't know for sure, was where his path at CMU would take him.

"As a freshman, I was actually pursuing a major in finance," he said. "However, during my first two semesters here, I auditioned and was cast in two Mainstage productions. After working with the amazing people in University Theatre, I was convinced to go for it and pursue a career doing what I love."

Brandon wasn't new to the stage. He had a taste of theater at East Kentwood High School, where he was cast in the school's production of "Annie" in 2014. He was passionate about performing and fell in love with being on stage.

But it wasn't until he got to CMU that he realized it could be his career. That's when he decided to switch majors to music theatre.

He never looked back. He continued to audition for roles and network with CMU's experienced faculty.

"I have been blessed to be a part of five Mainstage shows in the five semesters I've spent here so far," Brandon said. "Being a music theatre major also led me to meet my voice teacher, mentor and dear friend Eric Tucker. Not only has he taught me how to be a better performer, he has taught me how to be better person."

Brandon's plan after graduation is to move to New York City and start auditioning. His time at CMU has helped him see this is a dream he can realize.

"I am blessed with the opportunity to tell important and life-changing stories, and it's something that I will never get tired of doing," he said. "Being able to get out in front of an audience is the name of the game. Every time you perform, you learn something new. I used to be a nervous wreck before every performance, but now I can't wait to get out there and show what I have to offer."

Brandon lived in Shanghai, China, from ages 3 to 11.

College of the Arts and Media

College of the Arts and Media

I am blessed with the opportunity to tell important and life-changing stories, and it's something that I will never get tired of doing.