Tao Zheng can be contacted at zheng1t@cmich.edu

Dr. Tao Zheng, a faculty member in the Department of Geography and Environmental Studies, is developing a method for tracking carbon dioxide emissions. Dr. Zheng is interested in tracking carbon dioxide because it is a greenhouse gas. Greenhouse gases accumulate in the Earth’s atmosphere and trap heat to create a livable temperature. However, an excess of greenhouse gases can have negative effects on the environment, such as climate change and global warming. 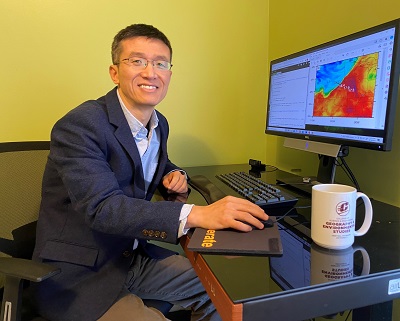 While still in the early stages, Dr. Zheng expects the project will finish in three years. Information collected from the atmospheric models and the satellite observations will be combined using sophisticated numerical methods. The findings from this research will provide scientific support for implementing carbon emission regulations aimed at reducing climate change.