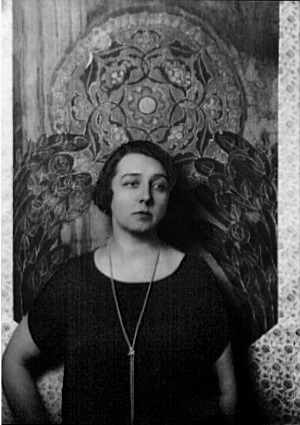 Dr. Michael Mamp, professor in the Fashion Merchandising and Design program, has received a Paper of Distinction Award from the International Textile and Apparel Association (ITAA) for his research on the life of artist Ethel Wallace. His paper, entitled Ethel Wallace: Forgotten Histories of Batik and Fashion will be presented at the ITAA 2021 virtual conference in November.

Ethel Wallace was an artist and designer in the early twentieth century who is known for her paintings and batik creations. Batik, which originates from the Indonesian island of Java, is a unique hand-done fabric dying technique used to create beautiful and intense designs. This style grew in popularity around the 1920’s as artists such as Wallace brought it to the forefront of the bohemian arts and crafts movement in places like Greenwich Village in New York City.

Wallace’s batik creations were well suited to the shifting styles of dress coming to popularity within the 1920’s. The rise in loose-fitting or smock silhouette dresses featuring batik art rapidly became a part of the feminist movement in rebellion against the previously constricting 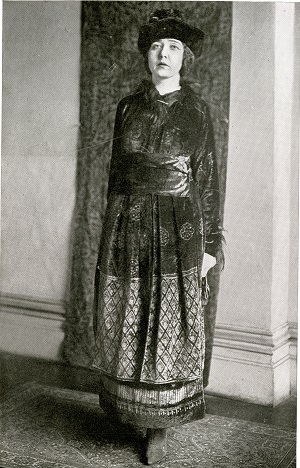 fashion trends. Wallace’s style fit the movement of female artistic expression, designing art not only to be worn, but also pieces to decorate the home, such as curtains and tapestries.

Dr. Mamp began his research after acquiring a portrait Wallace had painted of one of her many high-profile friends, leading him to explore more of her life and work. Despite being a leader in the changing arts and crafts scenes of the early twentieth century, Wallace’s story has been largely untold.  Dr. Mamp attributes this obscurity to the lack of historical records featuring women, people of color, members of the LGBTQ+ community, and other minority groups. It is this obscurity that led Dr. Mamp’s research to take nearly ten years to complete.

Fortunately, while there is little historical mention of Wallace, much of her work survives. Many of her pieces are held in a private collection that Dr. Mamp was given access to for his research. He hopes to draw attention to this largely forgotten artist and her impact on the shifting art scenes and changing dress styles of the early twentieth centuries.

At CMU, we do research and  real-world results