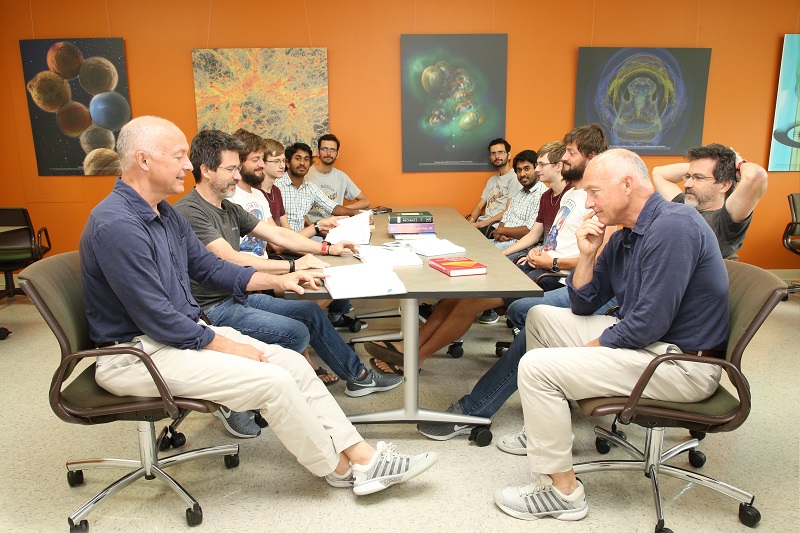 Physics professors Dr. Koblar Alan Jackson and Dr. Juan Peralta have received a five-million-dollar, four-year grant from the United States Department of Energy to continue their research with the FLOSIC Center. The FLOSIC Center, which stands for Fermi Löwdin Orbital Self-Interaction Correction, is a collaborative effort to improve computational modeling of molecules at the atomic level. Central Michigan is the lead institution in this research collective, with collaboration from teams at Temple University, the University of Texas-El Paso, the University of Florida, and the University of Pittsburgh.

The current computational modeling approach is based on density functional theory (DFT), a version of quantum mechanics that can be used to predict the properties of molecules and solids. While DFT models are used commonly, the self-interaction error limits the accuracy of calculations. This issue has impeded advancements in modeling accuracy for over 40 years. The FLOSIC Center aims to correct this.

FLOSIC functions by adding corrections to the mathematical equations that describe the interactions between atoms and the electrons that connect the atoms. While this specific correction doesn’t work perfectly in all settings, it is exact when dealing with single electrons. Getting this correction right on an individual electron creates a good correction for all electrons.

FLOSIC is not the only method aiming to correct the self-interaction error, but it is the newest, and the most efficient. While older techniques took on the same electron-by-electron approach, FLOSIC is easier to implement, and its higher efficiency rates allow for calculations to be made on much more complicated systems than previous methods ever could. Incorporating this correction allows scientists to produce more accurate models of molecules and their interactions.

The FLOSIC Center research team has been working on refining and enhancing this correctional approach since 2017. Their aim is to increase efficiency to new levels, as well as working to increase accuracy beyond what is currently possible.