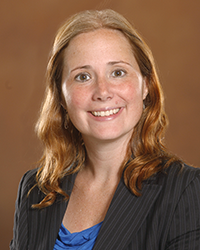 Kyla joined the Department of Political Science and Public Administration in the Fall of 2016 as a post-doctoral fellow. In the Fall of 2019 she became an assistant professor. Prior to completing her Ph.D. at Wayne State University, she attained a Juris Doctorate from Georgetown University Law Center and practiced law in Michigan full-time for 6 years. Her research primarily focuses on the relationship between courts and judicial behavior in our current ideologically and politically polarized environment and contemporary constitutional rights, particularly those of politically disadvantaged groups in society. Additional research interests include public opinion and polarization, race, gender and American politics, and issues involving criminal justice law and reform.

Kyla runs the Pre-Law Center at CMU and acts as primary pre-law advisor for CMU students from all disciplines across the University. She is the faculty advisor for Phi Alpha Delta, CMU’s pre-law fraternity. She is also the co-founder and advisor for the CMU Mock Trial Association, a nationally competitive mock trial team.