Leslee Weible, a graduate Apparel Product Development and Merchandising Technology student, uses thermal manikins to test the effectiveness of infant winter apparel. Thermal manikins were first developed in the 1940s and were used to test the thermal comfort of adult garments. They have since evolved and are now available as infant models which are used to test infant apparel. Testing infant winter apparel is important because, unlike adults, infants cannot effectively self-regulate their temperatures.  The importance of testing the thermal abilities of apparel resulted in the development of standard methods for evaluating thermal comfort. These standards, which are outlined by organizations like the American Society for Testing Materials (ASTM), help determine the thermal rating of a garment. However, Weible found that these standards only exist for adults. This presents a challenge for researchers who must produce accurate ratings of the thermal comfort of infant apparel while following the testing standards designed for testing adult apparel. 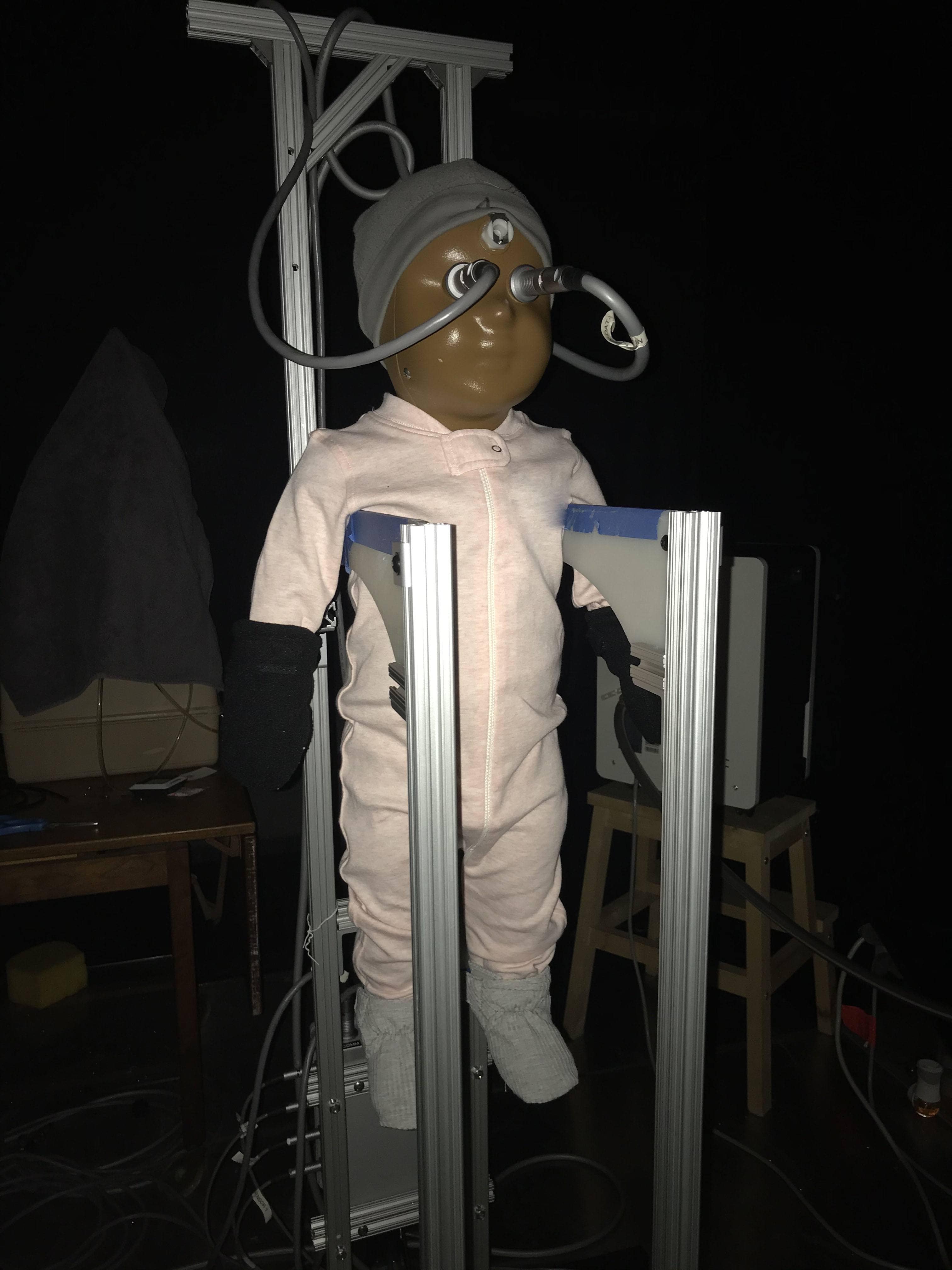 Along with advocating for the development of ASTM standardized testing procedures for testing infant apparel, Weible proposes an infant-specific base layer of clothing that should be worn on the manikin when determining temperature ratings for infant outdoor winter apparel. According to the adult ASTM testing procedure, the base layer should include jeans, a turtleneck, athletic shoes, and underwear; this is not realistic for an infant. Taking into account recommended items from blogs and market sale trends, Weible developed two base layer outfits that could replace the adult ensemble recommended by the ASTM in infants.

In the first ensemble, the manikin wore a long sleeve onesie and joggers, and in the second ensemble wore a one-piece romper. Both outfits included a diaper, socks, booties, mittens, and a fleece hat. Following a procedure set out by the ASTM, the manikin was first placed into an environmental chamber bare, then clothed in each of the two base layer ensembles. From there, Ensemble 1 was chosen as the proposed standard winter base layer for infant apparel testing. By establishing a base layer specific to infants, Weible’s research provides a step closer to creating an ASTM testing standard. Weible has submitted her findings to the Herman and Myrtle Goldstein Graduate Student Paper Competition and hopes her work will aid in future thermal research