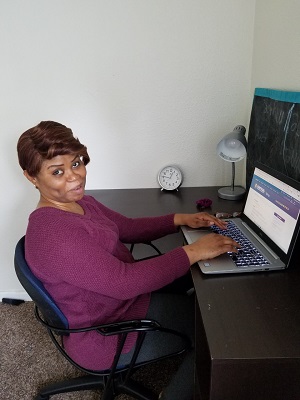 Master of Public Health graduate student Angela Iwebunor Okonji published her research article “Factors Associated with Depression Among Immigrants in the U.S.” in the Journal of Immigrant and Minority Health. In collaboration with Dr. Jeff Inungu and other CMU faculty, Okonji conducted a research study to examine the mental health of immigrants in the United States.

Many immigrants travel from areas impacted by war, conflict or economic crisis, increasing their risk for poor physical and mental health. Okonji and her team assessed the prevalence of depression and factors that increase an individual’s likelihood of developing a disease in the immigrant population.

Okonji’s team compared the mental health of the immigrant population to the rest of the U.S. population through the 2017 National Health Interview Surveys. Although the rate of depression was higher in immigrants, after accounting for confounding factors, or other aspects of the individuals’ lives that could impact the research, they found that immigrants are less likely to be depressed than U.S. citizens. Despite their vulnerability to poor mental health from past living conditions, being an immigrant reduced the odds of depression by 18%.

Okonji's study found “as it relates to depression, the health status of immigrants is better than their native-born U.S. counterparts.” Okonji’s finding stresses the importance of future research to explain immigrants’ better mental health despite their experiences in their previous communities.