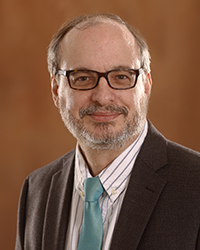 D. Stave Kohtz received his Ph.D. degree in Molecular and Cellular Pathology from the Department of Pathology at Mount Sinai Icahn School of Medicine, and thereafter joined the faculty of that eminent department. Dr. Kohtz ran a research laboratory at Mount Sinai for nearly 30 years, mentoring medical and graduate students and fellows at all levels, and facilitating implementation and development of small group problem-based learning systems into the medical school curriculum. Dr. Kohtz has been Principal Investigator on several large research projects funded by the NIH, as well as on projects funded by American Heart Association and the Parkinson's Disease Foundation. Dr. Kohtz's research publications span areas of basic molecular and cell biology, pathogenesis of neurodegenerative diseases, the role of psychosocial stress in memory, and cancer biology and treatment. Dr. Kohtz joined the Foundational Sciences department at CMU College of Medicine in spring 2016 as Professor of Pathology, and is interested in development and execution of case-based learning methods. His laboratory is currently working on novel approaches to extending the disease-free survival of breast cancer patients, and has been funded by the Elsa U. Pardee foundation.