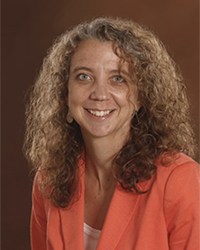 BIOSCIENCES 4108
Email Department of Biology College of Science and Engineering

The neural circuits that govern perception and behavior are composed of networks of neurons that communicate with one another via synapses. As our brains develop, the roughly 10-20 billion neurons that comprise the human cerebral cortex are presented with the enormous and complex task of forming trillions of synapses with appropriate partners. Defects in synaptic connectivity and neural circuit development have been linked to diseases as diverse as anxiety disorders, depression, epilepsy, amblyopia, schizophrenia, intellectual disability and autism.

The overall goal of my lab's research is to understand (1) mechanisms of formation of neural circuits that are essential for perception and behavior, and (2) how perturbations in neuronal development, especially those related to neurodevelopmental and psychiatric disorders, affect the composition and function of neural circuits.

Our primary approach is to use fluorescence imaging, often in living neurons, to study development of synapses and neurons in real-time. Time-lapse imaging is powerful since it allows us to simultaneously study spatial and temporal aspects of development. We complement our imaging with molecular genetics and pharmacological tools, in order to manipulate the expression and function of individual proteins and neuronal activity during development.